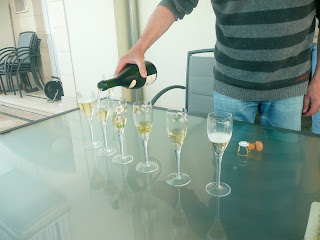 Last night we went to our great friends Michael and Vero's for dinner to catch up and celebrate Michael birthday....Liliana decorated the cake and off we went in the 2CV...with Liliana insisting upon holding the cake all the way on her lap... 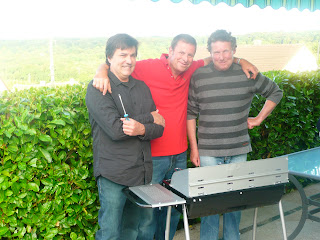 As we arrived there was a hive of activity as Michel and Olivier were trying to assemble the new BBQ which was still in a number of bits...lots of chat and a bit of madness later the beast was complete and the coals were fired up...
As we chatted Michel showed me three mushrooms he had growing on the lawn... 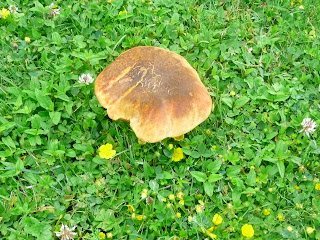 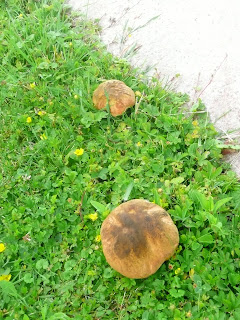 When I asked if they were edible he explained that they looked exactly the same as the edible 'bolet champignon' [mushroom] but in disguise...when you broke into these 'bolet' they were blue and highly 'toxic' ! 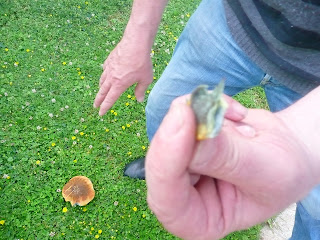 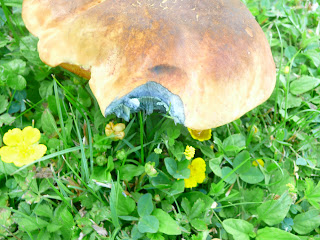 Amazing!! So not to be harvested but very interesting snippet for someone who is very ignorant about fungi! Back to the champagne.... 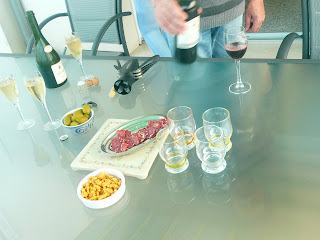 Unlike in the Southern Hemisphere the men in France tend to shy away from the heat of the BBQ and the women take over...Vero being no exception so Mike was again on hand to turn the meat while Michel and Olivier sampled the champagne and aperitifs! 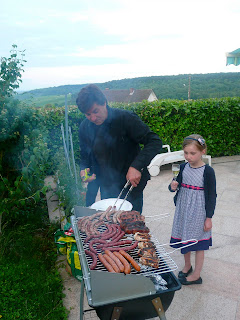 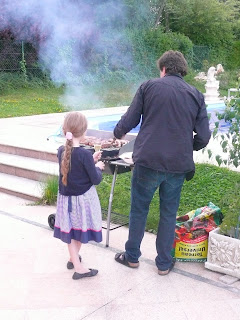 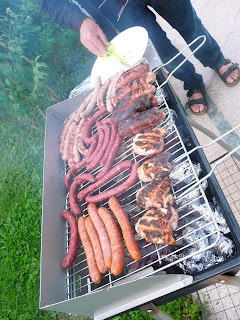 Born in Epernay but of Italian descent Michel owns a marble business and Anne Marie is his cousin so we love the mix of French and Italian customs that are brought to the table when we visit...gorgeous saucisson, huge Italian olives, Vintage Huot Champagne and Italian reds from Montepulciano...Olivier and Anne Marie are back living in Champagne after many years working in Paris...they have taken over the family business and seem to be loving their change of life...

Needless to say the food was fantastic....sausages, chicken, tuna all served with a simple rice and tomato salad.... 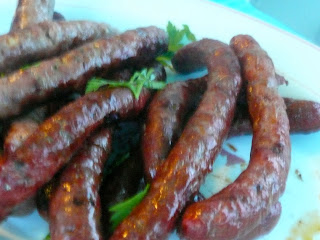 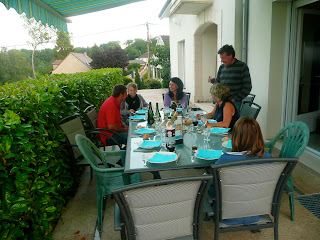 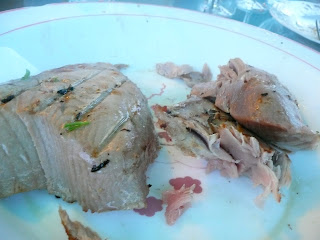 BUT I was amused to see Vero serve the dreaded Andouillette sausage which has its origins in Troyes, a Champagne City, and is often the source of great curiosity for our guests...those that visit Troyes are often drawn into 'Plat De Jour' of the local sausage naively expecting a lovely herb pork sausage....but alas out comes the foul smelling grotesque looking Andouillette in all its glory...Mike often describes how it explodes 'like a clock' when you cut into it with all manor of weird shaped pieces of unidentifiable springlike bits jumping out as you cut...Although we appreciate the tradition of this local speciality we have not ever been fans and have actively warned our guests to be wary unless they are indeed curious meat lovers. 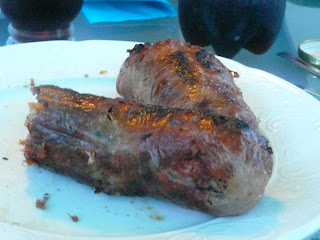 The table was divided 50/50 on the merits or otherwise of these over sized gross looking and smelling beasts. I cannot repeat Anne Marie's description and Olivier was completely in love with it... I have never eaten it at a restaurant or prepared it in my own home SO after Mike tucked in and went back for seconds, I decided to at least sample...it was truly the most disgusting thing I have eaten...I am with Anne Marie all the way...a lot of humour later, at my expense, and we moved on to the tuna steaks with Bearnaise sauce!! Much more to my liking but I am glad I have tried it so my guests can now benefit from my personal experience....best left I think.... 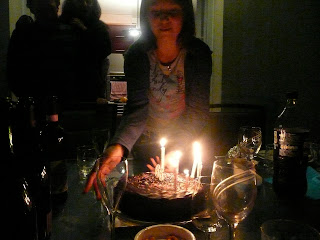 Candles to blow, Chocolate Birthday cake and the Italian dessert wine Vin Santo to sip and a drive home with an amazingly dramatic sky to finish the most enjoyable evening with friends..... 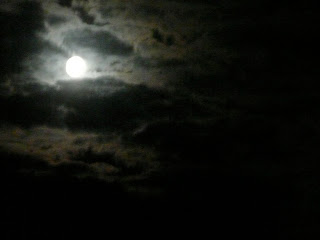 For those who wish to know more I have added the history below...

The rich andouillette de Troyes is a traditional pork product from the Champagne Ardenne region, highly appreciated throughout the country for its gustative qualities. This typical gourmet French dish accounts for the flavourful Champagne food and gastronomy, especially the authentic "Andouillette AAAAA" which is considered to be a benchmark in terms of chitterlings sausage in France.
The traditional Troyes andouillette is made out from quality pork products - large intestines and stomachs - attentively selected. The original recipe dates back to the Middle Ages according to the Champagne legends.

The delightful - and distinctive! - taste of the andouillette results from cutting the chitterlings lenghtwise first, and seasoning these thin stripes with onions, herbs, salt and black pepper.
The next step is to wrap the mixture with pork bowels and slowly cook these typical French sausages in a court-bouillon stock for 5 hours.

According to the Champagne Ardenne porkbutchers - or charcutiers - this meticulous recette gives the andouillette de Troyes its sharp taste and delicate texture.

This particular chitterlings sausage from the Champagne region originates in very remote times. The andouillette may have first occured in the 9th century, for King Louis II's banquet.

But the most interesting anecdote about the Troyes speciality dates back to 1560, when the Royal Army's soldiers were looking for andouillettes and pork sausages in the town, whilst they were supposed to fight the Champagne army! This may explain why the andouillettes de Troyes have been known as French gourmet products throughout the world, making the pride of Champagne Ardenne's inhabitants.
A French association of porkbutchers was created around 1970 in order to promote but also protect the traditional sausage from Troyes.
Initiated by 5 meat lovers and connoisseurs, this Association Amicale des Amateurs d'Andouillette Authentique (Friendly Association of Authentic Andouillette Lovers) widely known as "A.A.A.A.A

The delicious "Aandouillette AAAAA" - widely served in French restaurants - received its name from this friendly association.
It means that such dishes have been approved by the AAAAA association as they respect the criteria of producing and cooking.
Posted by Glenis at 00:49

What a wonderful post! I laughed when I saw the Andouillette. When my sister Shirley and I were in France we liked to try local food and bought what we thought was a large (kiwi)sausage roll to share. When we cut it open it had all manner of tiny tube things and goodness knows what. After lots of poking and prodding and all manner of guessings we totally couldn't make ourselves eat it and left feeling rather hungry and a bit shamefaced but full of giggles.