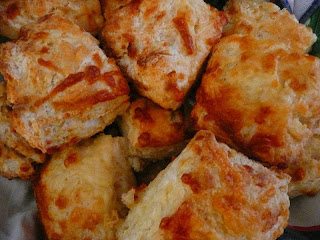 On a blustery wintery Wednesday we all huddle inside to avoid the cold wind and wet rain...doing all of those jobs that have slipped through the net due to an over commitment of time in the busy summer months...Liliana is home from school as no school on Wednesdays in French primary schools...a nightmare for the organisation of working parents but for us it is a nice mid week break from routine...a day of rest and hanging out at home together...a chance, at this time of the year, to complete a few of winters chores...Christmas cards, present making and buying, decorating the tree and making the Christmas cake....
On these days we stop for lunch which is usually a bowl of soup that has been boiling on the stove for a few days...seasonal pumpkin, lentils, leeks and potatoes help to warm the cockles of the heart and restore the energy for the next mission...reheated and enjoyed with chunk of fresh baguette or on special occasions a batch of freshly prepared cheese scones... 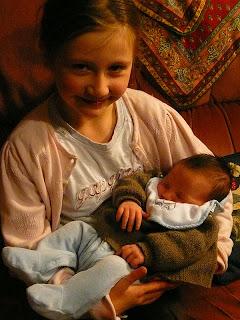 Recently we popped over to have a cuddle with Theodore Louis...the new wee man in our lives and we arrived with a fresh from the oven basketful of these Kiwi style scones...the aroma is lovely and with a jar of homemade plum jam make a grateful gift for a new mum who often hangs out for a quick carbohydrate fix in the middle of the afternoon....they went down a treat and when the new dad popped over yesterday he was raving about how delicious they were and how they must get the recipe....so here it is!

Now being from New Zealand the staple cookbook of our household was the 'Edmonds'. Originally produced to promote a baking powder brand the first copy was published in 1908 and it soon became the nations favourite. I currently own 4 or 5 copies, all in varying states of repair...including a very old version that used to belong to my Grandmother! My sister recently informed me that it is now accessible online so for all of you that would like some basic home cooked food on your families menu...or if you just want to know how to cook a great pavlova, meringues or to roast a NZ leg of Lamb...I have included a link...
Edmonds Virtual Cookbook meanwhile whip up a batch of Kiwi scones....having lived in the UK for many years I do refer to this recipe as Kiwi scones as I have often eaten, and been highly disappointed by, the English version which I fine hard and dry compared to the soft buttery 'melt in your mouth' NZ creations carefully crafted by my mother in my youth. Try this recipe and you will never go back!!

1. Preheat oven to 220oC.  Sift flour, baking powder, salt, cayenne and mustard into a bowl.  Cut butter in until the mixture resembles fine breadcrumbs. Add 3/4 cup of grated cheese and stir to combine. 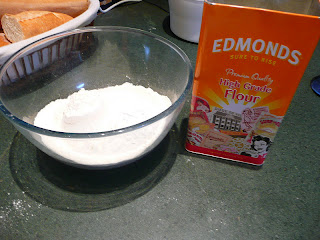 2. Add 1 cup milk and mix quickly with a knife to a soft dough, adding more milk if needed. Knead a few times. 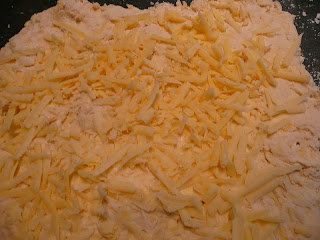 3. Lightly dust an oven tray with flour.  Press scone mix out on floured bench or tray, cut into 12 even-sized pieces.  Place on oven tray, brush tops with milk, sprinkle with remaining 1/4 cup of cheese and place in top half of oven to bake.

4. Bake scones for about 10 minutes or until golden brown.  Once golden brown with crisp crusts, remove from the oven and allow to cool. Cooling on a rack will give you a crisp crust but I tend to put them in a basket covering them with a clean tea towel giving a soft scone.It also helps to keep them warm. 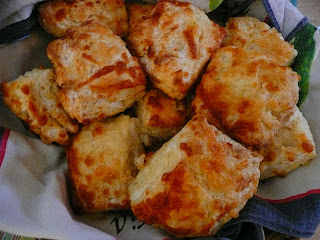 5. Serve with red jam and whipped cream or butter and bowls of steaming hearty soup....yummm...
Posted by Glenis at 03:26