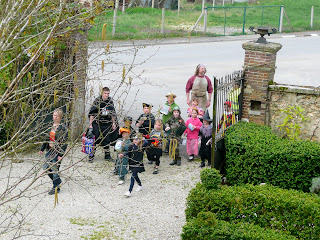 It's that time of the year again...CARNIVAL!!
Greeted with much anticipation by the children and teachers alike Carnival is celebrated at the same time as the famous French Carnaval de Nice. 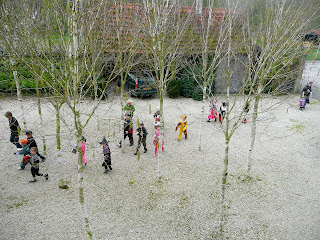 In its simplest form it is a 'dress up' parade by the children from the school around the smaller villages where they all live. 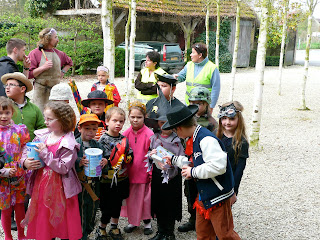 The children, in their finery, greet the inhabitants on mass with smiles and cheers and the shaking of cans of coins...an exchange of sweets and money for a hand drawn card of thanks and on they go to the next door neighbour's house... 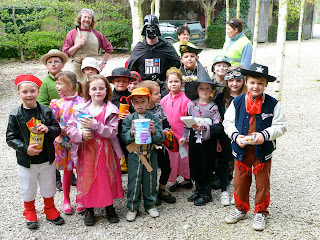 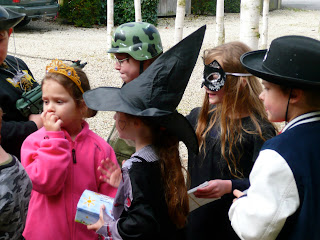 Liliana enjoyed dressing up as a cat...all in black hiding behind her glittery cat mask...the rest of the class were either cowboys or princesses with the odd witch and soldier thrown in for good measure...all led through the streets of Oyes by Darth Vadar [Monsieur Satula!] A lot of fun was had, walking done and pennies collected to put towards the school resources...and a lot of sweets consumed! Not a bad day out!
Posted by Glenis at 07:47

How wonderful.. and Liliana is a wonderful cat!