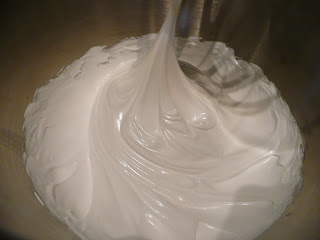 FOOTNOTE: My Dutch guests just loved the Pavlova which I did simply with cream and passionfruit....so much so that they have ordered, not one but two, to have with their dinner tomorrow night!!
Posted by Glenis at 07:35 1 comment: