It has been a most dramatic turn of the weather in Champagne...and across most of Europe...in the last few weeks...it is hard to believe that snow was still on the ground a couple of months ago as we bask in the most fantastic summer days with blue blue skies and sunshine aplenty. 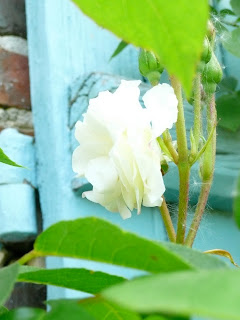 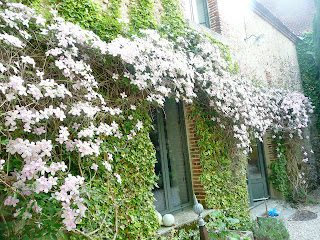 It has certainly made the Easter Break a very pleasent way to start the summer. The garden is all ahead of itself as are the grapevines so long may it last...our usual April Showers have yet to arrive and the mosquitos have been reeking havoc due to a very slow moving stream in the bottom of the garden...a little rain would now be appreciated for the vegetable garden planting is about to begin! 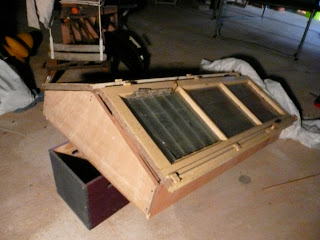 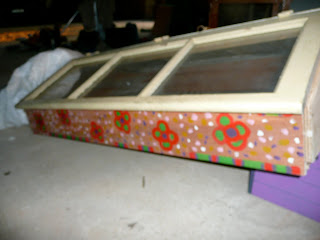 Mike made Liliana a seedling nursery for her birthday present and it has been very successful with loads of  wee 'babies' now able to be moved into the 'big' garden to grow into edible goodies over the summer. Madam Paris has warned us off planting till the 1st of May which has now past so time to go! 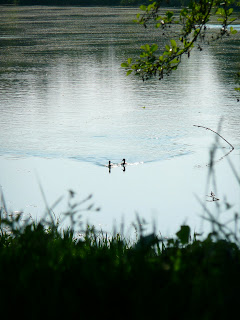 To make the most of the good weather we have been having picnics whenever possible...a simple summer way to spend the day with friends and family...by the river with our lovely neighbours where fishing was the order of the day with burgers on the BBQ for lunch. 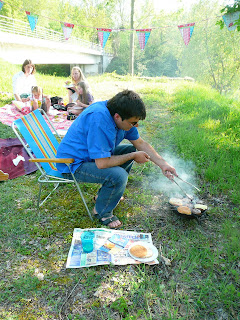 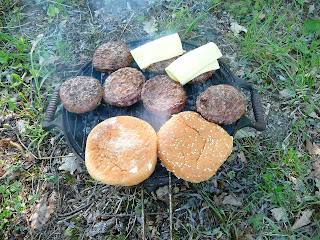 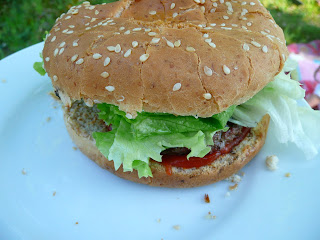 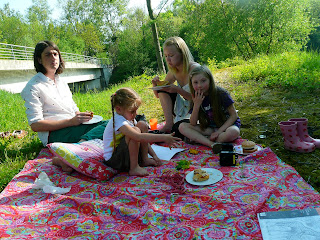 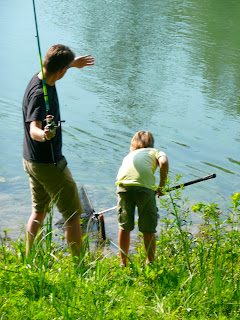 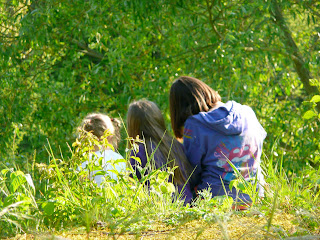 And we found ourselves picnicing again later in the week. This time by the lake in Avize hosted by our friends Sylvie and Eric.... 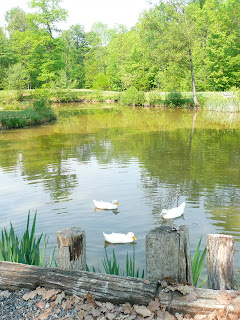 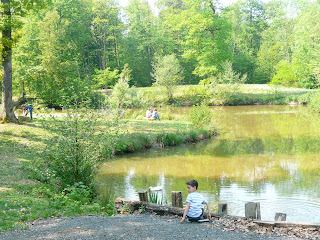 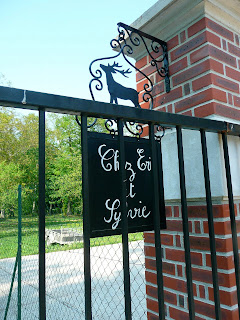 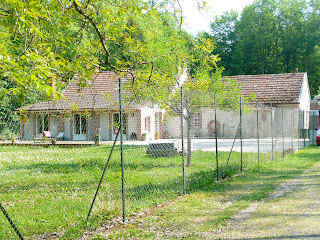 We ate like kings and queens in casual 'French style' washed down with champagne and red wine....Sylvie had made foie gras...a Morrocan couple made the most delicious traditional apertifs and our plasterer friend Alberto and his wife contributed gorgeous Portugeous fish filled pastries. Mike once again took up his favoured position on the BBQ... 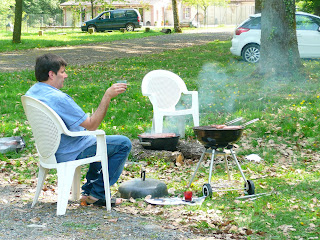 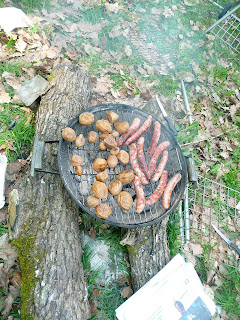 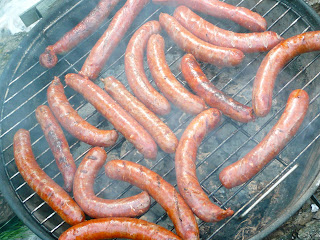 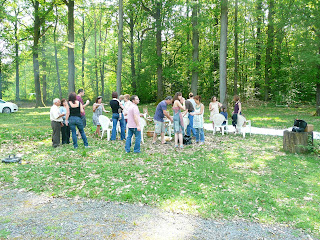 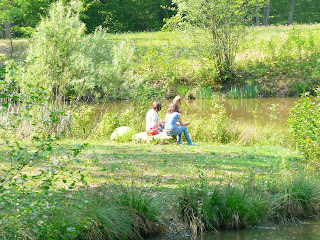 A great way to spend an afternoon and Liliana entertained all by 'hula hooping' the afternoon away with a few new entrants also giving it a go!! Amazing what one thinks one can do when one has enough alcoholic lubricants on board! Go Sylvie and Eric!! 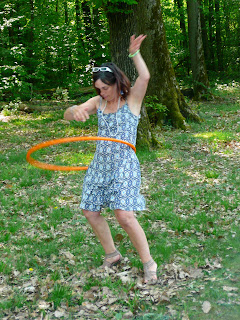 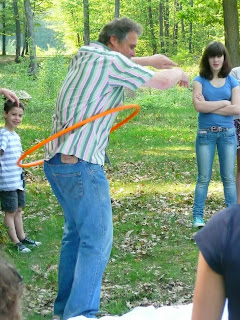 It was a great day out and, although cut short by a rush back to cook an evening meal, a lot of fun!!We are now all feeling much more in the mood for summer and the winter feels far far behind us!
Posted by Glenis at 07:50

Darling Buds of May.. what a lovely spring you are having.